In this project, we study the network effects on unequal outcomes within a controlled lab environment. In particular, we investigate the conditions under which networks can exacerbate existing inter-group differences, hence widening any gaps that might exist betwen two groups. To this end, we develop an online lab experiment to study the network mechanisms that widen inter-group differences and yield different returns on social capital to different groups.

We model the network effects on utility in a context with repeated diffusion of a resource (originating from random sources according to a known distribution) access to which increases one’s utility. The repeated nature of this diffusion process could amplify individual or group differences in utility over time. Our goal is to characterize the factors that affect the final inter-group utility differences. In particular, assume there are two groups in the network (rich/poor). Members of group 1 and 2 have \(u_1\) and \(u_2\) expected utility of receiving the resource on their own in each round (\(u_1 > u_2\)). Within each round, nodes can receive extra utility from their neighbors if they also receive the resource (For example, the resource can diffuse to a limited number of members until it loses its value). Adding the individual and network components of the utility, members of each group will have an average total utility of \(a_1\) and \(a_2\). We will investigate the necessary conditions for the network mechanism to result in the following comparison: \(\frac{a_1}{a_2} > \frac{u_1}{u_2}\). In other words, what network structures, utility functions, and group compositions will amplify the the inter-group advantages to be greater than exogenous individual differences? The extent of this difference will greatly depend on the network structure, in particular homophily and brokerage. We will also investigate the effect of other factors such as rivalrous vs. non-rivalrous diffusion.

We implement the above setup in an online randomized lab experiment in a manner similar to [1]. We recruit individuals to play an online collaborative game in which they have to find and dig gold mines and in the process can pass information to their neighbors according to the network structure. The amount of gold they discover during the game, either by themselves or from their contacts, will determine their final compensation, akin to their utility. By randomizing the network structure, and composition of groups with low and high initial advantage, we aim to generate the processes that lead to unequal distribution of opportunities to a group, beyond what’s expected by their individual differences. 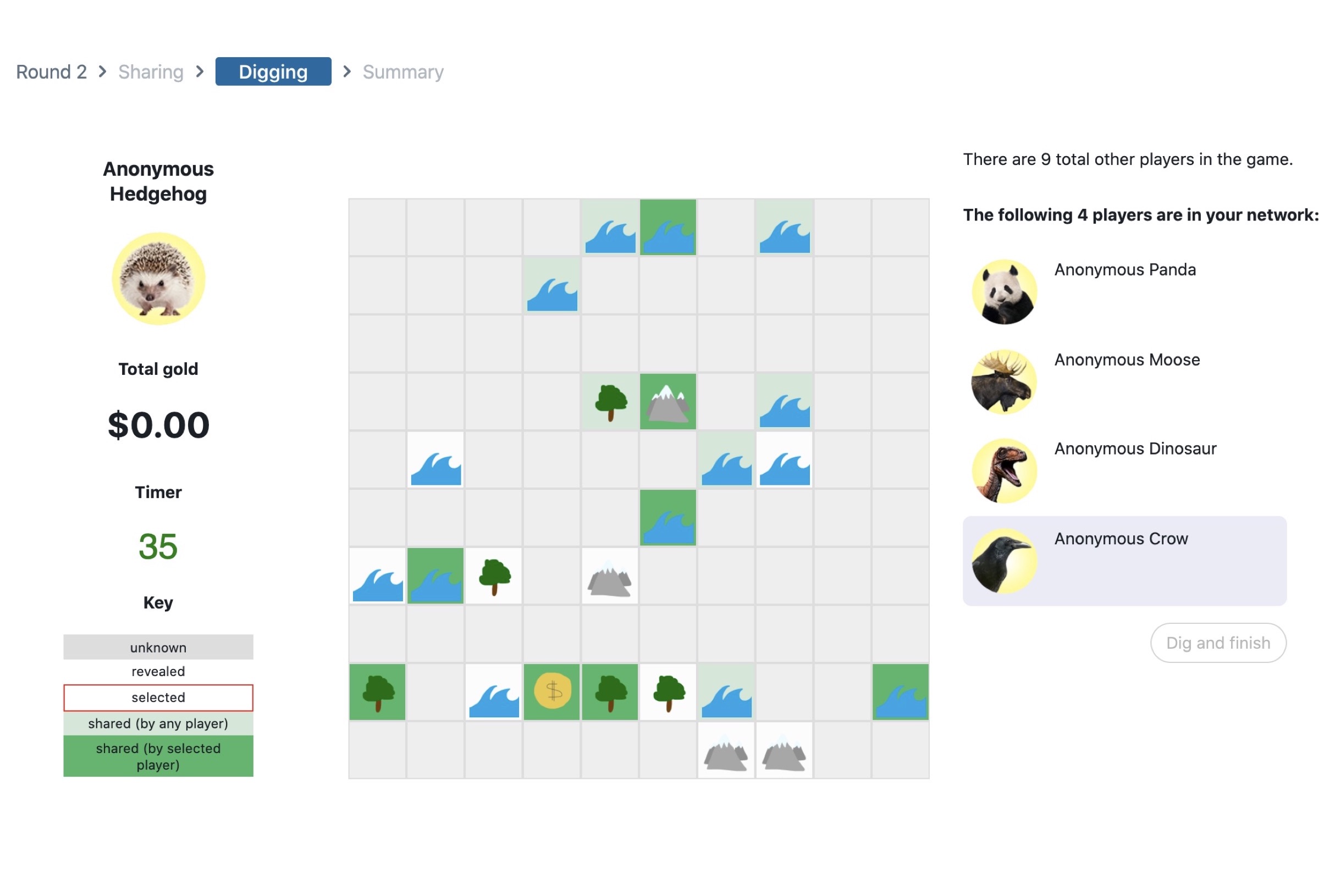 Figure 1. A screenshot of the multi-player game where the player has received information about the structure of the map from their contacts and has to decide where to dig for gold.